I topped off my spring break with a visit to Lancaster, Pennsylvania. Though I imagine most people probably think of Amish farm country when they picture Lancaster County, the city of Lancaster is developing the hip vibe of an artists’ colony. While the fact that the Lancaster Convention Center was hosting an anime/comic book/sci-fi convention made the visit seem surreal at times — particularly when Captain Jack Sparrow, Obi-Wan Kenobi, and Rorschach all showed up (separately) at the farmers’ market — what really impressed me was the range of art in the museums and galleries all over town.

As if the folks at the anime convention didn’t make Lancaster seem surreal enough, this storefront window gave me a minor case of the fantods — not to mention the creeps! 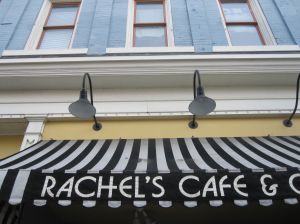 The best cure for the creeps? Crepes! If you go to Lancaster, be sure to have lunch at Rachel’s Cafe & Crepes. 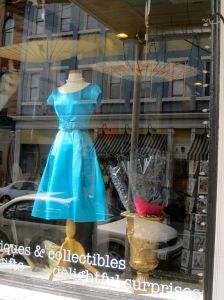 In addition to art galleries and museums, Lancaster also offers a healthy assortment of antique and vintage clothing stores. 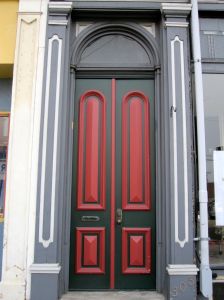 I would be overstating the case if I said that all of the doors in Lancaster are this charming, but you have to admit that this one is, indeed, quite charming. 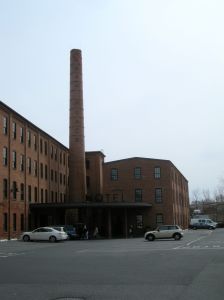 The hotel where we stayed used to be a cork factory. I wish I could remember the name of it… 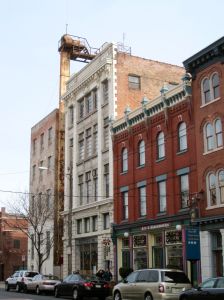 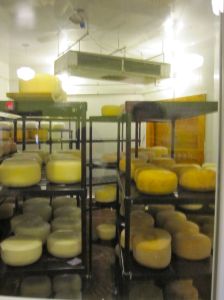 On our way home, we stopped at the Stoudt’s Brewery for a tour and also visited their artisanal cheese cave. 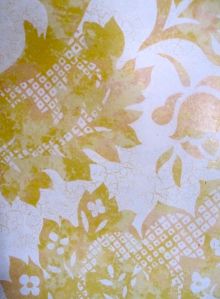 And in the foyer of the Stoudt’s Brewery, YELLOW WALLPAPER! (This one’s for my American Lit. Students.)

Though pretty much everything about our trip to Lancaster impressed us, my wife an I were particularly taken by an exhibit of work by high school students at the Lancaster Museum of Art. Though the museum itself is very small, the art of the local high school students reflected a massive range of interests and talents. Perhaps the most mesmerizing of all the pieces was the following short-subject claymation film by a twelfth-grader named Samuel Root:

A Flying Fable FINISHED VERSION from Samuel Root on Vimeo.

All told, it was a great weekend. If you ever have the opportunity to visit Lancaster, I highly recommend it.