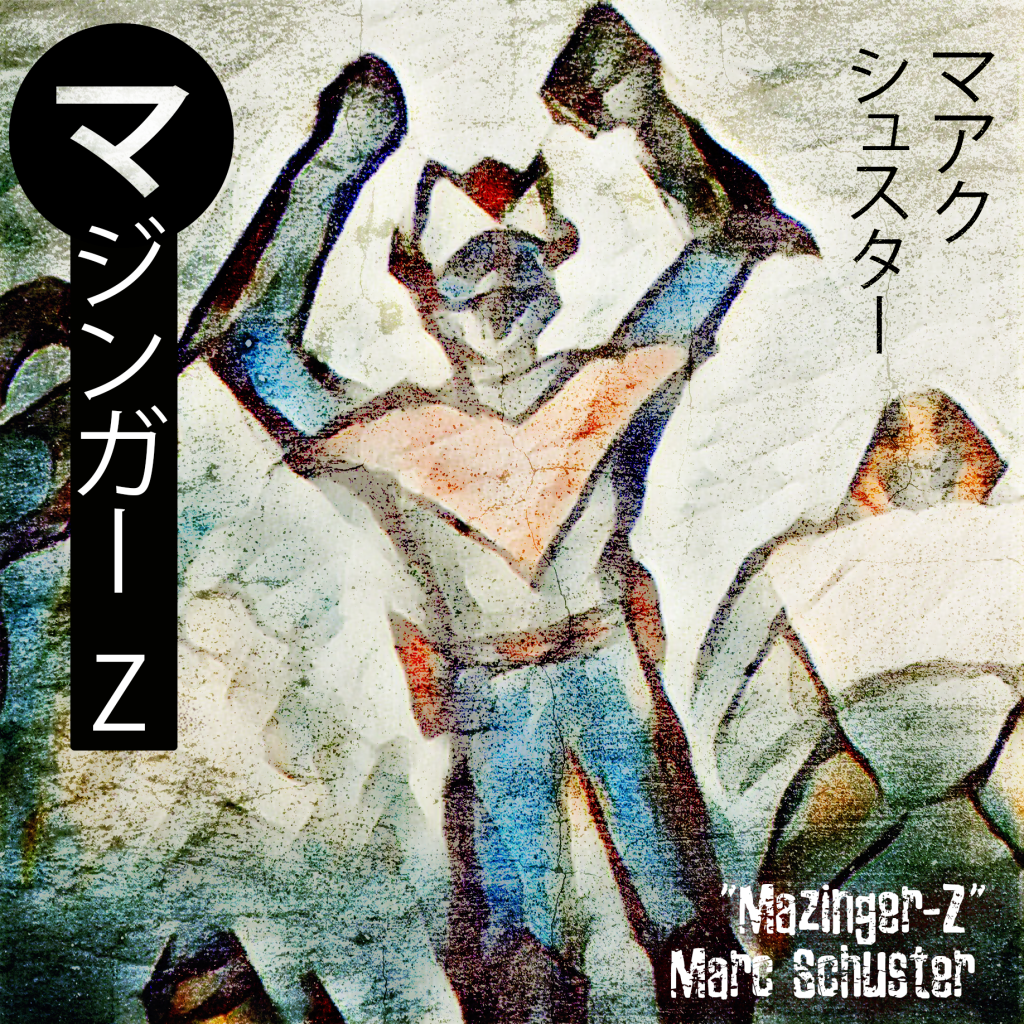 My original thought with “Mazinger Z” was to pay tribute to the original, Japanese version of the Tranzor Z cartoon series by recording “Tranzor Z” in Japanese.

I studied Japanese in college, but that was many (many!) years ago, and to say that I’m a little rusty is a huge understatement. The best I can muster on a good day is “Sumi masen! Watashino Nihongowa totemo warui desu. Eego tsukaimasuka?” (Pardon me! My Japanese is very bad. Do you speak English?) As a result, I leaned pretty heavily on Google translate to write the lyrics for “Mazinger Z.”

Initially, I was just going to do a straight translation of my lyrics for “Tranzor Z,” but that felt a little bit like I was cheating. So I started thinking of the song from a different angle — less specifically about bullying, but still about wanting to emulate the qualities of the giant robot. Also, since I knew I’d be singing it, I wanted to keep the language fairly simple — so I stuck with short declarative sentences.

One thing I learned as I was working on the song is that in Japanese, the letter “Z” is pronounced “zeh-to,” which is more in line with the British “zed” than the American “zee.” That’s why the repeated “I want to be” part of “Tranzor Z” became “Majinga Zehto.” And why the English translation of the full chorus is actually “I will be Mazinger Z” as opposed to “I want to be…”

Musically, my first thought was to just sing the Japanese lyrics over the backing track I recorded for “Tranzor Z.” But, again, that felt like cheating, so I recorded a slower, more acoustic version to complement the tone of the new lyrics.

I was a little bit leery of putting “Tranzor Z” and “Mazinger Z” right next to each other on the EP, but the more I listened to all the songs, the more I felt that, musically, the songs built on each other best if I started with “Yuck My Yum,” then went on to “Throw Some Shade,” and then ended with “Tranzor Z” and “Mazinger Z” respectively. I’m not sure I can explain why; I just felt like that sequence had a good flow — and that “Mazinger Z” brought the song cycle gently back to earth.