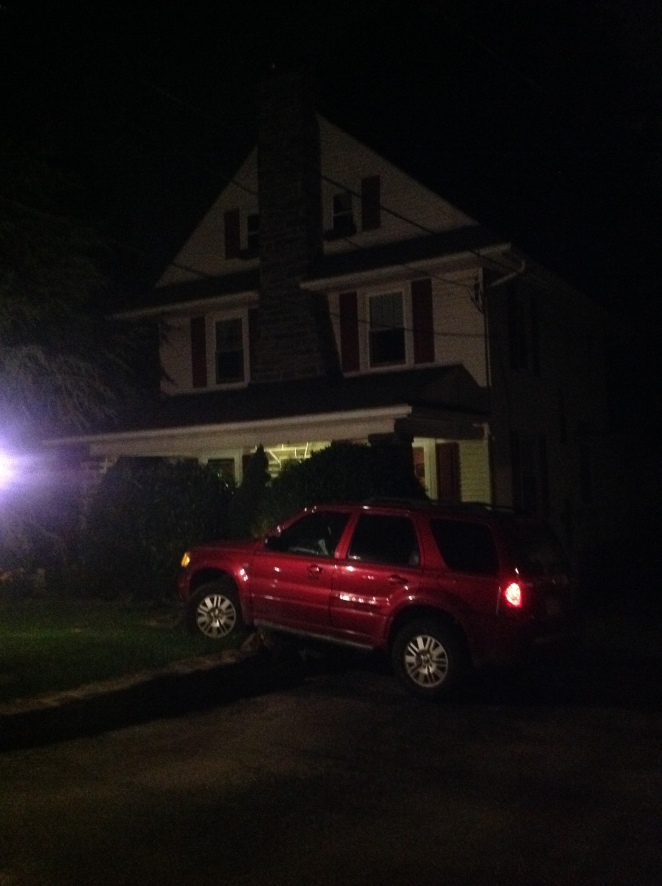 I like JG Ballard and all, but this is getting ridiculous.

At around 4 in the morning, a loud crash woke me from a pleasant dream involving Roddy McDowall and a rabbit* named Cornelius. When I looked out my window, I spotted a large SUV parked on my lawn. Apparently, the driver didn’t realize that Sycamore Street ends where my neighbor’s front yard begins, and he made the turn a little too late. He swerved across my neighbor’s lawn to avoid hitting the house, but he ended up demolishing the stone wall along my front yard. When I arrived on the scene, a man assured me that he hadn’t been driving the car, which he identified as his own, and he handed me his wallet as a sign of goodwill. He informed me that “a kid” was driving his car, and that the kid ran away right after the crash. He told the same story to the police, who did not believe him. Unfortunately, I had to give the man’s wallet to a police officer, thus canceling any gentlemen’s agreement the owner of the vehicle and I had regarding whether or not he was driving. I should, however, also note that my neighbor did spot a younger individual fleeing the scene, so it’s possible that the owner of the car was telling the truth. If this is the case, I will not be surprised to learn that the driver’s name is A) Roddy, B) Cornelius, or C) Peter Cottontail.

*I’m fairly certain it was a Flemish rabbit. 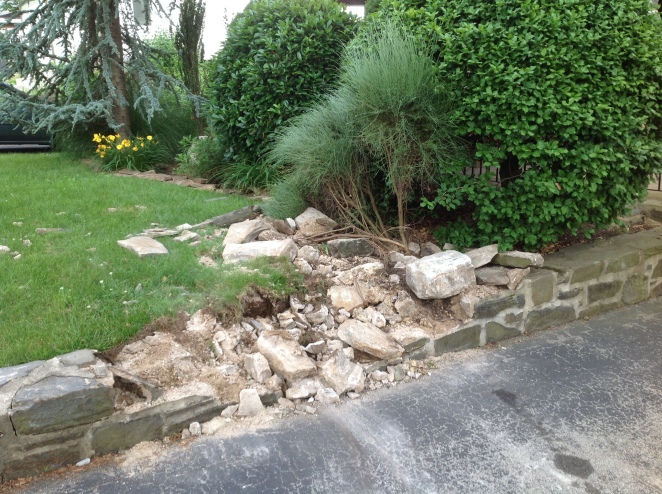 The damage in the cold light of day.

Fans of Franz Kafka’s bizarre brand of fiction will be pleased to hear about a new anthology of works inspired by the author titled Kafkaesque. My review of the book, which is edited by John Kessel and James Patrick Kelly, went up on The New York Journal of Books this morning. Highlights of the collection include works by Jorge Luis Borges, Philip Roth, J.G. Ballard, Robert Crumb, and Jonathan Lethem. Overall, the collection demonstrates that Kafka was a visionary whose influence continues to be felt to this day largely because the world has become increasingly, well, Kafkaesque over the last century.