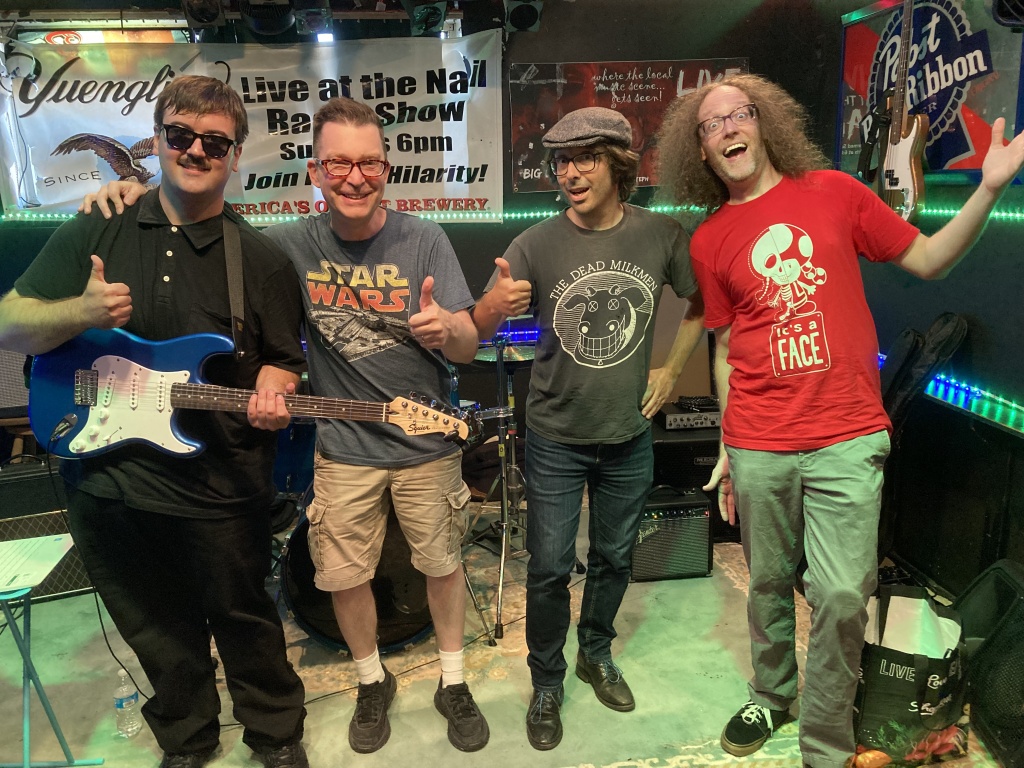 First, apologies for the title of this post. I was trying to come up with a name for a movement that doesn’t have obvious stylistic and/or geographic boundaries like the Seattle Grunge scene in the 90s or the Sound of Philadelphia in the late 60s/early 70s. And since I met most if not all of the musicians in question on Twitter—not to mention the fact that “core” seems to get appended to a lot of genres these days—I figured “Tweetcore” would get the job done.

Given its lack of traditional boundaries, Tweetcore is somewhat difficult to define. If pressed, I’d say it’s a term that applies to any group of musicians, songwriters, and recording artists who find and support each other on Twitter. It isn’t necessarily a single, focused movement, then, but a massive and ever evolving continuum of movements, each with its own ever-shifting center of gravity.

I happened into my own corner Tweetcore sometime in 2020 or 2021. I had recorded an EP called Introvert’s Delight and was looking for people who might enjoy it—and who might also be making similar music that I might enjoy. The only problem was that I didn’t know exactly how to classify my music. Bedroom Pop? Lo-Fi? Indie? Twee?

Somehow or other, I ended up following a band called Thee Rakevines on Twitter. It wasn’t exactly the same kind of music I was making, but that was the cool thing about it. I heard elements of what I was doing, but Thee Rakevines were doing something else. And they were often mentioning a lot of other bands that were likewise doing something similar but not quite the same: Fuzzruckus, the Negatrons, and the La La Lettes.

And each of those bands started mentioning other bands and artists that I might also like. What I found especially meaningful about the interaction was that nearly everyone was discussing not their own musical output, but (for the most part) the music that other people were making. It was a fairly wide range of music, and my circle of online friends was growing exponentially with each new band or artist that I followed:  the Kintners, Eric Linden, Triangle Rain Club.

The bands and artists come from far and wide. There’s Phil Yates and the Affiliates from Chicago, Laini Colman from Tasmania, Mikey J from Shanghai, and Scoopski from my own backyard in Philadelphia. They tweet about music and world events. They tweet about their lives, the challenges they face, the setbacks and victories. But most of all, they—or we, I should say—support each other.

Of course, it’s not just bands. I’m continually amazed at how many people support indie musicians out of sheer love of discovering new music. Jeff Archuleta’s Eclectic Music Lover blog springs immediately to mind, as does the entire You Haven’t Heard This Music Yet network along with Martin Holley’s wonderful Indie Musicians Talking Music YouTube series and the playlists curated by the ultra-talented Todd & Karen and the simply incredible Martina Dörner.

Along similar lines, Mike Five’s Lights and Lines music label is an inspiration. Lights and Lines Album Writing Club—open to all genres, free of charge—provided musicians from around the world a chance to complete and album or EP in the space of month, all while offering plenty of guidance, encouragement, and opportunities to chat with likeminded folks.

It probably goes without saying that all of the above inspired me to start interviewing musicians on this blog. It also gave me an opportunity to work with a handful of musicians that I really admire. I’ve played synths on tracks by the electronic music producer N Pa, keys on tracks by the aforementioned La La Lettes and Eric Linden, and I also added some keys and vocals to a track called “Kids” by Brian Lambert—and that collaboration blossomed into our full-blown project, The Star Crumbles.

I’m not the only one meeting and playing with a wide range of musicians across vast geographical boundaries. The Kintners’ amazing album, Collaborations, is a testament to the magic that can happen when people play together, as is their side-project with Mikey J, The Cheeky Mermaids. Likewise, Brian Lambert has been making some cool music with the Junior Mozley Collective while also doing a remix of Scoopski’s “Elon, Send Me to Mars.”

Speaking (again) of Scoopski, being part of our virtual scene has also given me an opportunity to get out of the house to see some live music in person. When Phil Yates swung through the greater Philadelphia area on his recent East Coast tour, Scoopski was the opening act, so I got a chance to see two of my favorite Tweetcore bands in a single show—and got introduced to two more acts: Bees and Graham Repulski.

Which is to say that the scene isn’t just virtual. It’s making ripples in the real world. Phil Yates played with Scoopski in Philadelphia. Brian Lambert played with Matt Moran in Denton (coincidentally, home of Rock Philosopher Dave Crimaldi). The Kintners played in NYC with Charu Suri.

All of this is happening in just the small corner of the Tweetcore universe that I’m privy to. Everyone I’ve mentioned above has probably borne witness to similar events—teaming up, sharing music, talking about recording techniques, pointing the way to new discoveries—in their own corners as well. It’s a wide-ranging, fluid, borderless movement with a horizon that stretches out into infinity.

I suppose the point I’m making is that music is alive and well. And, I would argue, it’s a point worth making, particularly given the near-constant handwringing over the alleged death of the music industry. We’re still here. We’re still making music. And perhaps most significantly, we’re listening to each other, forming communities, and creating a supportive environment where music can flourish.

That last point is definitely worth emphasizing. I often hear that Twitter is a partisan cesspool of bickering and ad-hominem political attacks. While I do see a little bit of that when I’m on the platform, my experience has been overwhelmingly positive. Maybe it’s karma—the algorithm’s way of rewarding positive activity with a positive Twitter feed. Whatever the case, I’m incredibly happy to have found a community on Twitter, to be participating in an ongoing discussion of music, and to be a part of a diverse and far-reaching scene.